The History of Chiropractic Care 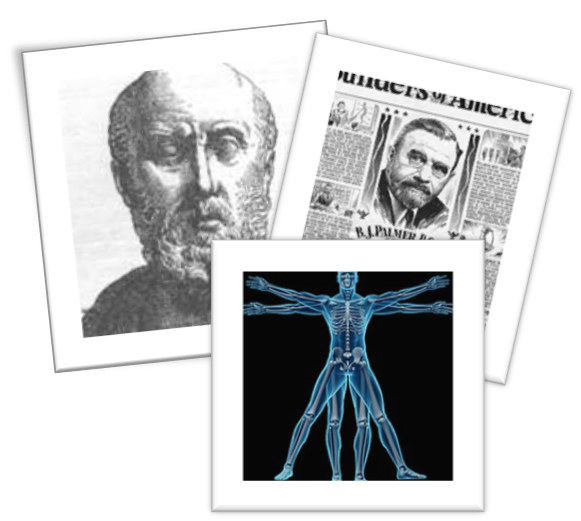 The profession of chiropractic dates back to 1895. However, the earliest healers in world history understood the relationship between health, spine and nerves. It is said that Hippocrates, the father of medicine and a Greek physician taught his students back in 400’s BC – “Get knowledge of the spine, for this is the requisite for many diseases."

Herodotus, a contemporary of Hippocrates, gained fame curing diseases by correcting spinal abnormalities through therapeutic exercises. If the patient was too weak to exercise, Herodotus would manipulate the patient's spine.

Treatment of the spine was still crudely and misunderstood until Daniel David (D.D.) Palmer discovered spinal subluxation and develop the philosophy of chiropractic. Palmer believed that since the nervous system controls and coordinates the healthy operation of all organs in the body and that spinal alignment would strengthen the body’s natural defenses against disease.

D.D. Palmer found that his philosophy and adjustment treatments was helpful with a myriad of issues people had come to him to resolve including flu, sciatica, migraine headaches, stomach complaints, epilepsy and heart trouble

“The doctor of the future will give no medicine, but will interest his patients in the care of the human frame, in diet, and in the cause and prevention of disease." Thomas Edison

D.D. Palmer found each of these conditions responded well to the adjustments which he was calling "hand treatments." Later he coined the term chiropractic -- from the Greek words, Chiro, meaning (hand) and practic, meaning (practice or operation).

D.D. Palmer’s son Bartlett Joshua (B.J.) was also enthusiastic about the chiropractic philosophy his father had developed and continued this work. In 1902, B.J. graduated from the Palmer school started by father. Over the years he developed his father’s basic philosophy into a clearly defined system of care and was influential in getting chiropractic recognized as a licensed profession.

Although the profession has advanced tremendously since the days of D.D. Palmer and his son Bartlett the basic tenets and understanding of chiropractic as a drug-free method of correcting vertebral subluxations in order to remove nerve interference still stand.

Send Us An Email Today!

Find us on the map

Our convenient office hours are listed below. We are closed on all major holidays, and close at 1 pm on Christmas Eve.